Overwatch Contenders is a high-level tournament series for aspiring pro players who dream of ascending to the Overwatch League. Blizzard Entertainment partnered with Carbon Entertainment for execution of Season Zero and One in North America and Europe. I lead our team to create any necessary graphics for this project in addition to the base broadcast package Blizzard provided. This included new broadcast assets with graphics, intro bumpers, and set elements, in addition to static graphics such as the website, twitch banners, news headers, and game launcher buttons. We worked off an existing broadcast asset package, and integrated it into CharacterWorks for live production.

When it came to the website, it was important to have the design to be distinct from the newly announced Overwatch League design but still fit within the Overwatch brand as a whole. To do his we focused on a more darker theme and feel. 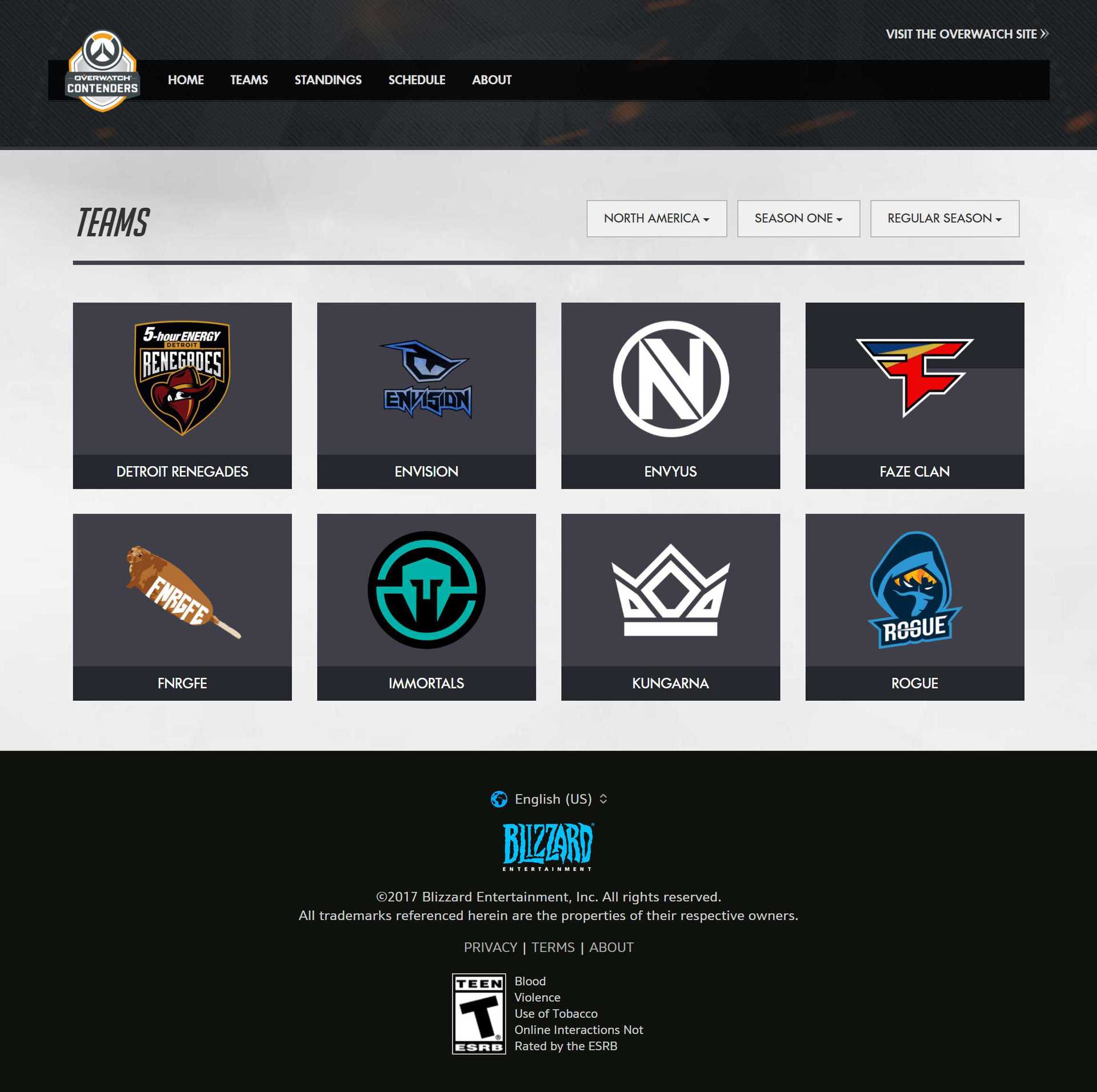 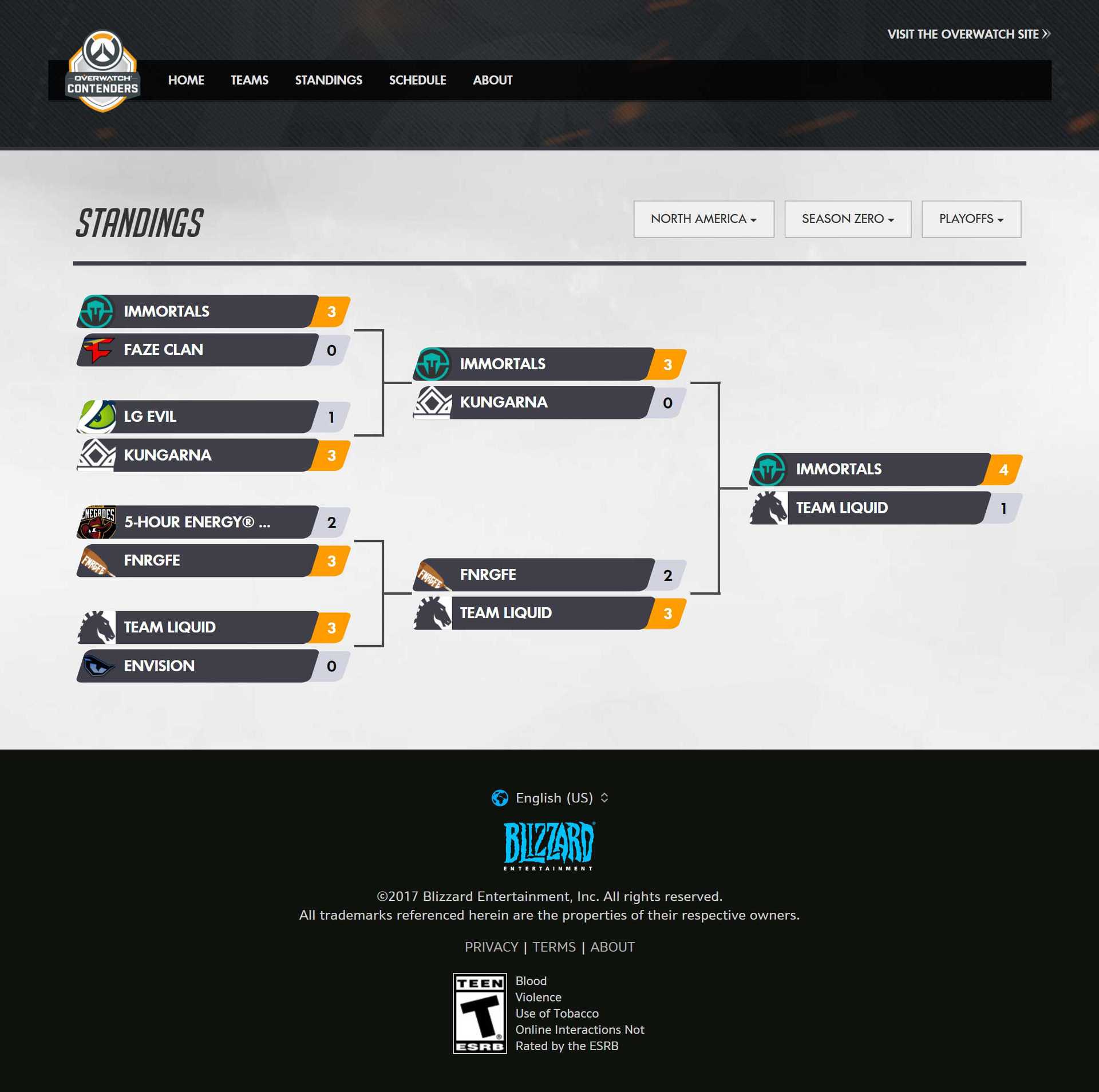 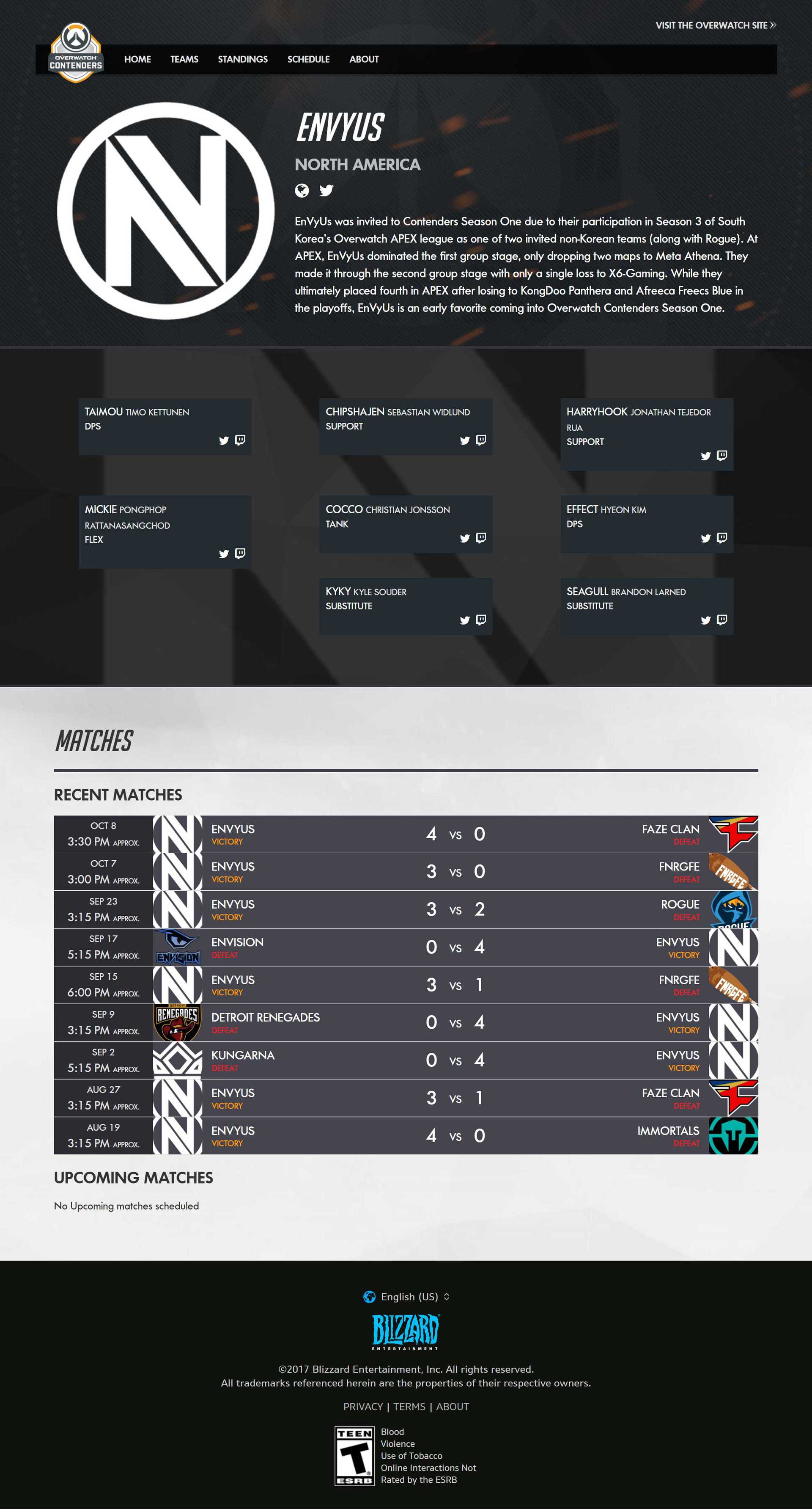